Mobilegeddon 2 (or Google’s Latest Mobile-Friendly Update): What You Should Know

April 21, 2015, was an important day in search engine optimization (SEO) history. That was the day Google began using mobile-friendliness as a ranking signal in mobile search results, giving sites that were mobile-optimized a slight leading edge over those that weren’t. The announcement—and the buildup to the big day, dubbed Mobilegeddon—had the SEO world on alert. But April 21 came and went, the changes were implemented, and the world as we know it didn’t end; making the name “Mobilegeddon” seem like a bit of a stretch.

The main result of Mobilegeddon was search results that better serve the mobile searcher, based on device type, search intent, personalization and localization. These improvements were seen most across mobile and voice searches.

Fast-forward to the present day: Google recently announced another update, this one taking effect this month, which will further increase how the ranking signal prioritizes mobile-friendly sites. While it’s not yet clear exactly how the change will be implemented, or what exactly it will affect, it’s probably safe to assume that mobile-friendly sites will now have even more prominence over sites only optimized for desktop.

The announcement of “Mobilegeddon 2” (for lack of a better name) surely has webmasters in every industry—including multifamily, self storage, and senior living—wondering how their sites will be affected and whether now is a good time to go mobile-friendly. To help keep our readers informed, and get ahead of the scare tactics, we’re sharing some relevant facts.

Since 2013, the number of users searching the Internet on their smartphones has increased by 78%. This steady uptick is a big part of why G5 has been optimizing for mobile devices for several years now. It’s interesting to note, however, that while the number of desktop users has dwindled—down 1% since 2013—that number is still relatively high overall: meaning not everyone has abandoned desktop in favor of mobile across the board. 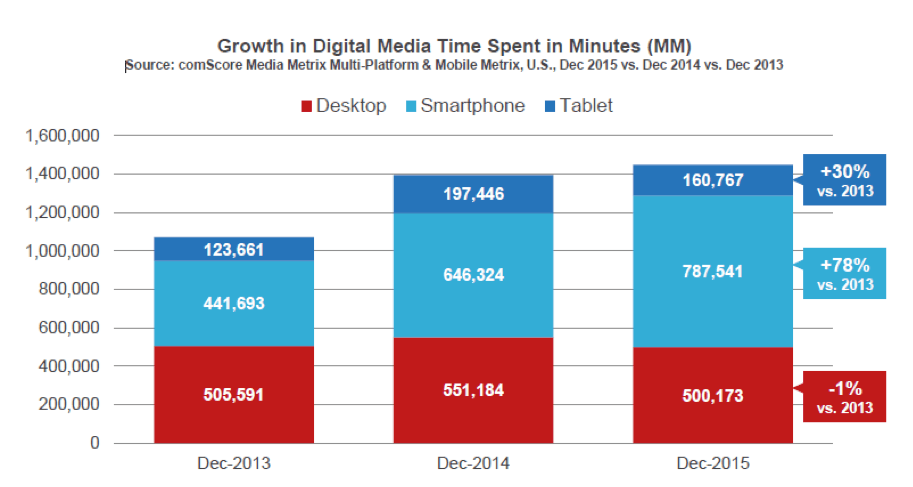 That said, there’s absolutely no denying that year over year, mobile gains an increasing stronghold over how people use and search the Web. Some B2B marketers are wondering if this increase is more of a concern for B2C organizations. While there’s no definitive answer to that question, we do know that mobile is here to stay; and the number of users on smartphones is likely to keep growing. Below are the Google Keyword Planner mobile search volume trends over the past 24 months within each of our client markets.

So what does this mean for marketers and webmasters in these sectors? First of all, it’s important to note that any changes that may occur because of this latest Google update are speculative at this point. But one thing is clear: Google wants to best serve the ever-increasing number of mobile users by providing them more sites upfront with “mobile-first design.” Luckily, the G5 Marketing Cloud platform is already mobile-friendly, making the update a non-issue for our clients.

As leaders in the digital marketing industry and a Google partner, the team at G5 will keep you informed of enhancements in search engine optimization as much as possible. Will Mobilegeddon 2 bring significant changes to mobile-friendly labeling in SERP? 3-Pack in local search? What will the differences be between mobile and desktop searches? You can be sure we’ll keep our eye on it all.